Rhodope mountains tour - on the steps of Orpheus

Rhodope mountains tour - on the steps of Orpheus

The Rhodopes are one of the cradles of European civilization. Pieces of the Roman roads connecting Aegean towns with the Upper Thracian Valley can still be seen at many places around the area - the village of Gela, the Persenk Hut, the Chairski Lakes, etc - together with the ruins of fortresses from the time of the Second Bulgarian Kingdom near Assenovgrad and the village of Shiroka Luka.
Although inhabited for thousands of years, the Rhodopes still harbor in their bosom wild places that seem to be untouched by humans. The Rhodopes are one of the few mountain ranges in Europe where the Brown Bear and Wolf still breeds. Old-growth forests are home to deer, elk, fox, wild goat, and other rare European species.
The Eastern part of the Rhodopes is a true heaven for bird lovers but the western part should not be overlooked as it contains over 200 species, many of them quite rare. The Trigrad Gorge is the kingdom of the famed Wallcreeper - you can observe this wonderful bird while sipping your coffee at the entrance to the Devil's Throat Cave.
Dippers and King Fisher will dart around you as you walk along clear creeks and streams. A Golden Eagle hovering high in the sky presents an unforgettable sight. If you come to the Rhodopes during spring you might hear the early-morning mating call of the Capercaillie.
Lush, grassy meadows pop into mind when thinking of the Rhodopes. For many centuries locals have kept herds of sheep, as a result of which, they have created meadows outrests. These meadows now are home to an abundance of rare flowers, many of which are not found anywhere else on Earth. In early spring you can see the pink petals of Silivriak (Heberlea rhodopaensis), the symbol of the Rhodopes, which has the unique quality of being able to spring back to life even after being pressed for years. Legend has it that the flower bloomed out of the blood of Orpheus after he was dismembered.
The Rhodopes are also well known for their mushrooms. Here you can also pick yourself a multicolored bouquet of herbs; the most fragrant thyme grows here.
If you are still not convinced that the Rhodopes are a slice of true, wild nature, then the only other option that remains is for you to come here and see it for yourself.
Dates: every Friday 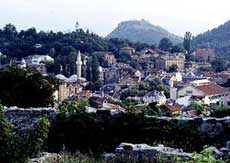 Arrival at Sofia airport. Departure for Plovdiv. Arrival in Plovdiv – the second biggest city in Bulgaria. Accommodation at the hotel. Sightseeing tour of the old quarter of the city – a place with unique old houses dating from the Bulgarian Revival and preserved 19th century atmosphere. There are also remains from the antiquity, including a second century Roman amphitheater. Dinner at the hotel. Overnight. 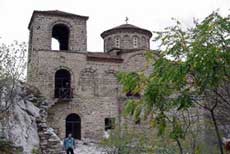 Breakfast. Departure for the resort of Pamporovo. Stop at the Assen’s fortress near the town of Assenovgrad. The fortress exists since the Thracian ages and has become strategically important in the Medieval ages. Stop at the village of Bachkovo, where the second monastery (Bachkovo monastery) in Bulgaria, both in size and significance is situated. Visit to the monastery. Stop also at the Wonderful Bridges –a nature phenomenon where guests become familiar with the power of nature and the Rhodopean fauna. Arrival at Pamporovo. Dinner and overnight. 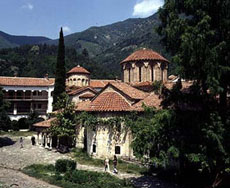 Breakfast. Departure for Chepelare. Visit to the Cave museum, where tourists get acquainted with the way caves are formed, their former and present inhabitants – animals and prehistoric people. Departure for Mt. Rozhen and visit to the National Astronomy Observatory – the 5th astronomy observatory in Europe in power. There guests receive a lot of interesting information about the endless universe we live in. Return to Pamporovo. Dinner and overnight. 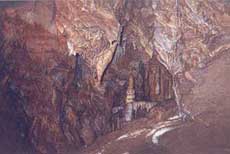 Excursion to the Uhlovitsa Cave. The panoramic road passes through some of the most picturesque places of Pamporovo region. The cave is reached after half an hour climbing. After the visit to the mysterious undreground world, guests are invited for fishing and a lunch at a game restaurant in the village of Smilian. Return to Pamporovo. Dinner and overnight. 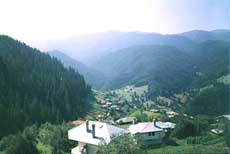 Breakfast. Excursion to Smolyan – the administrative, cultural and historical center of the region. Visit to the Ethnographic museum and the Planetarium. The museum contains exhibits representing the long complex history of the Central Rhodopes. The programme at the Planetarium consists of a video lecture about the cosmos and the earth. Departure for Smolyan lakes. The lakes are called the “emerald eyes” of the Rhodopes. They are located near the so-called Orpheus’s rocks. A legend says that Orpheus, the mythical singer lived nearby. Return to Pamporovo through the village of Stoikite. Dinner and overnight. 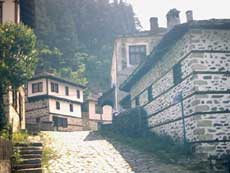 Breakfast. Departure for the Iagodina Cave and the Devil’s Throat. Stop at the ethnographic reserve village of Shiroka luka. It dates from the Bulgarian Revival and has some old interesting houses. Visit to the Iagidina Cave and the Devil’s Throat – two of Bulgaria’s most beautiful and mystical caves. The Devil’s Throat is located in the Trigrad Gorge – a deep canyon which is under the protection of UNESCO. The Iagodina Cave is abundant in splendid cave formations (including real pearls and stone roses). Return to Pamporovo. Dinner and overnight. 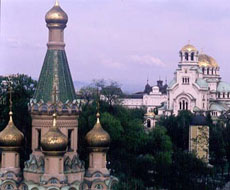